Everything you need to know about living & working in the City Of Oaks. 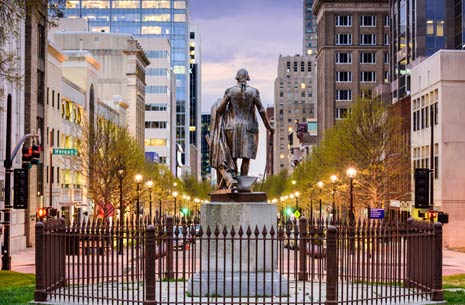 As the state capital, Raleigh offers everything one would expect to find… museums, theaters, shopping, dining, and plenty of activities.

What makes Raleigh stand out? Raleigh blends southern charm with modern excitement. Raleigh is a renowned research and tech hub, but people aren’t too busy to be friendly and helpful.

Raleigh is known as the City Of Oaks, thanks to its many oak trees. Residents and visitors alike love the towering oaks that line many streets and provide cooling shade in the summer.

Together with Durham and Chapel Hill, Raleigh is a part of the Research Triangle - a high-tech research and development center located in Durham County in between the three cities and their respective universities.

Raleigh is made up of communities that offer something for everyone. Want a posh condo in the city? You’ll like downtown Raleigh. Want a beautiful estate home in an equestrian community? Check out North Raleigh. Searching for a home in an up-and-coming community? Hurry and look in Midtown.

You'll Probably Love Raleigh If You're Looking For...

Where is Raleigh, North Carolina?

Raleigh is an integral part of our region, the Research Triangle area. It is both the county seat for Wake County and our state’s capital. Raleigh is neighbored by the communities of: Durham, Cary, Garner, Wake Forest, Rolesville, and Knightdale.

Raleigh is located in the Piedmont region of NC, and it is only a couple of hours car ride from both mountains and beaches. 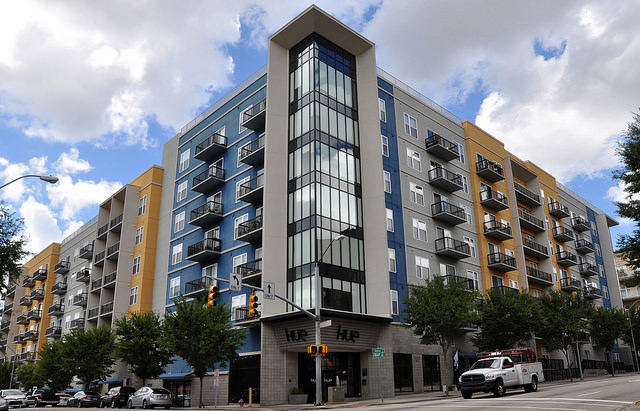 As noted above, Raleigh offers a wide variety of housing options. From new $1M+ downtown condos to reasonably priced single-family homes, Raleigh has something for all needs and budgets.

If you’re looking for an attractive condo in the Raleigh area, a few of our top-rated buildings/complexes include Gardens on Glenwood, Palladium Plaza, Founders Row, Caraleigh Mills, and Brier Creek.

On the other hand, if a posh single-family home with ample living space and plenty of room to grow is your idea of the perfect place to call home, try searching the area’s premier subdivisions, which include communities like Lake Boone, Linville, Faircroft, Country Club Hills, Greywalls, and Bay Leaf Farm.

For more information on Raleigh, NC homes for sale, or to schedule a private showing for an active home listing, give Brandon Duncan with Duncan Prime Realty a call at (919) 808-2001 and make an appointment today!

Raleigh offers a variety of school choices. The public schools are managed by the Wake County School System, which offers an impressive number of services and programs such as STEM Schools and Career Academics.

Families may also choose to take advantage of the highly rated public charter schools in the area, such as Raleigh Charter High School, which is consistently rated as one of the best high schools in the state.

Of course, we can’t talk about Raleigh schools and not mention higher education. Raleigh is home to 11 colleges and universities, plus a variety of for-profit institutions of higher learning and satellite campuses.

Area residents also benefit from educational programs at Wake County libraries. There are about 10 libraries across Raleigh offerring activities and programs for all ages.

Getting Around Raleigh NC

Travelling around Raleigh is relatively easy for a city. Raleigh is connected by I-440/I-40, which forms the Beltline (a loop around the city). The outer parts of Raleigh are also connected by I-540, a partial outer loop connecting Knightdale, North Raleigh, RTP, Morrisville, and Apex.

One of the newest and best improvements to Raleigh’s highway system is the Knightdale Bypass. This makes for fast travel in east Raleigh and the eastern suburb of Knightdale.

Raleigh is considered “car dependant,” however there are options for public transportation and there are communities friendly to walking and biking. Raleigh’s 5 most walkable neighborhoods are Central Raleigh, Hillsborough, Mordecai, Five Points, and North Central. ITB (Inside The Beltline) neighborhoods are some of the most walk/bike friendly in Raleigh. 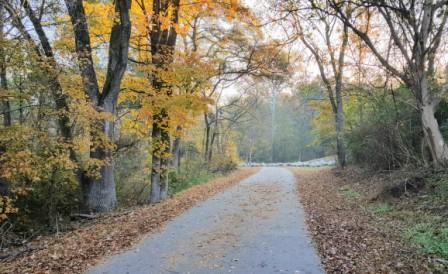 Plus, there are neighborhoods that connect to Raleigh’s extensive Capital Area Greenway Trail System, which connects communities and offers safe walking and biking opportunities throughout Raleigh.

Public transportation is also available with GoRaleigh, which provides bus service throughout Raleigh. If you're in Downtown Raleigh, hop on the the R-LINE, a free bus service, or even grab a rickshaw!

Raleigh also has an Amtrak station, which is one of the busiest in the Southern U.S.

Plus, Raleigh-Durham International Airport offers the opportunity to go anywhere in the world!

From research to IT to government, Raleigh’s employment opportunities are nearly limitless. The top five employers in Raleigh are:

In fact, many of Raleigh’s accolades are business related including:

With so many resources available, Raleigh is a great place to start a business. In 2016 MoneyRates named Raleigh as the number two best city for young entrepreneurs, and Business Facilities named it as a top tech startup city.

“Together we connect and enrich our community through exceptional experiences.” ~ Raleigh Parks & Rec

Residents also enjoy a huge selection of programs for all ages throughout the year.

Plus, there are two state parks in Raleigh, the Falls Lake Recreation Area and William B. Umstead State Park.

Like most college towns, Raleigh is loaded with cultural, educational, and historical destinations that attract thousands of visitors each and every year.

The Progress Energy Center for the Performing Arts is situated in the heart of downtown Raleigh, which features three theatre venues and is also home to the famed North Carolina Symphony.

With SO much to do, it’s hard to pick only a few attractions, but these four places regularly top the lists of “Musts” in Raleigh, NC: 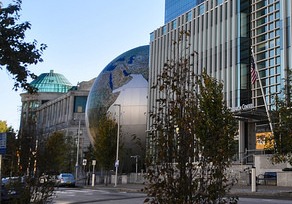 The science museum regularly tops lists for best things to do in Raleigh. In fact, it won the top spot for Best NC Tourist Attraction of 2015.  There’s so much to see and do here! You can easily spend a whole day at the science museum, and still not discover everything. There’s over 25 permanent exhibits, a movie theater, and fantastic special exhibits. Best of all, it’s FREE!
Location: 11 W. Jones St. Raleigh NC 27601
Visit Website 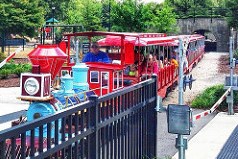 Founded in 1887, Pullen Park is NC’s first public park and is a perennial favorite. It features a historic carousel, kids’ boats, pedal boats, a train, playgrounds, aquatics, a cafe, and so much more. Entrance is free, and ride tickets are inexpensive.
Location: 520 Ashe Ave. Raleigh NC 27606
Visit Website

For children 10 and under, the Marbles Kids Museum is a world full of discovery. Kids will love the hands on learning play! Marbles offers many exhibits, an IMAX Theater, and camps. Kids can easily enjoy a full day of fun at Marbles.
Location: 201 East Hargett St. Raleigh NC 27601
Visit Website

If you’re looking for something a bit more upbeat, the NHL’s Carolina Hurricanes based in Raleigh, while the restaurant and nightlife scene is among the best in the state.

Whatever your budget, location, or craving may be, there are a lot of truly great restaurants and food trucks in Raleigh to choose from. These three restaurants consistently make the top of “Best Raleigh Restaurants” lists.

Named for Sir Walter Raleigh, the city of Raleigh was not always the state capital of North Carolina. The site was chosen to be the capital in 1788. The city’s location was chosen thanks to its central location.

Throughout its history, Raleigh has been a place where people find opportunity. The city’s continued growth and improvement has been recognized by many, and Raleigh boasts a large number of awards and accolades including #1 Best City in the Southeast. 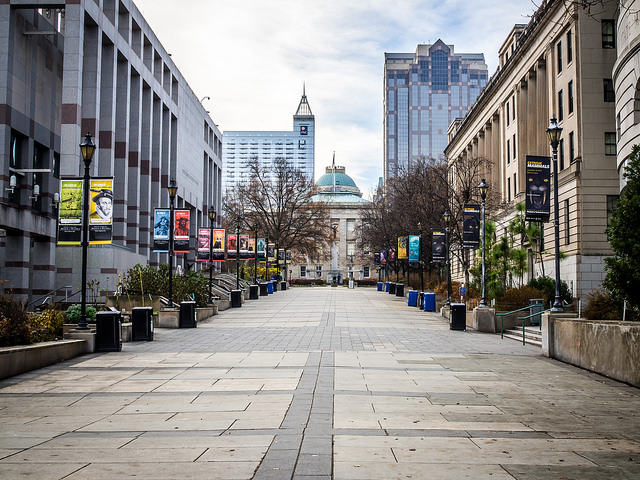 A Few Of Raleigh’s Most Recent Accolades

2 Jan 2021
Raleigh Among Top Moving Destinations in 2020
Despite a challenging year for most, the city of Raleigh still ranked among the top 10 cities for inbound growth, according to a new report by relocation services provider Updater.  The study, which analyzed a random ... Read More
14 Dec 2020
Pre-Sales Begin at Lakeshore Raleigh Condos
Pre-sales are now underway at the new Lakeshore Raleigh condo project. Current options still for sale include a penthouse unit with three-bedrooms, 2.5-baths and more than 2,200 square feet of living space.  The ... Read More