Homes For Sale in Durham NC

$5,950,000
Neighborhood: The Hills of Rosemont
80 Topaz Jewel Court
Durham, NC 27713
4
Beds
6F21/2
Baths
9,100
Sq.Ft.
2004
Year Built
1
Day on Site
2492352
MLS
True European grandeur awaits within this timeless manor situated in one of the most sought-after locations. Guests can experience an estate like no other, with unrivaled privacy and remarkable...

Closed (sold) listings may have been listed and/or sold by a real estate firm other than the firm(s) featured on this website. Closed data is not available until the sale of the property is recorded in the MLS. Home sale data is not an appraisal, CMA, competitive or comparative market analysis, or home valuation of any property.
Search Durham Homes By Architectural Style

As mentioned above, Durham offers a large variety of housing options. Durham’s real estate market resembles that of a much larger market.

Many of the historic tobacco buildings have been converted into chic loft-style condos and apartment complexes. Downtown Durham, which is undergoing a wonderful renaissance, even offers high-rise condos with the kind of big-city amenities one might expect in New York or Miami, such as rooftop swimming pools and gorgeous views from floor to ceiling windows. City-slickers will love the walkability and vibe of Downtown Durham.

For those who are looking for the burbs but still want the convenience of the city, numerous subdivisions and townhome communities are scattered all throughout the area for local professionals or single-family homebuyers rs seeking a bit more room to grow.

Nature lovers will want to check out the neighborhoods in North Durham near the Eno River, one of Durham’s best treasures.

Luxury home buyers will find gorgeous homes in the upscale subdivisions which include The Hills of Rosemont, Maida Vale, Treyburn, and Colvard Farms.

If your budget is more in the $300,000 to $500,000 price range, however, we suggest checking out homes for sale in Brightleaf, The Hills at Southpoint, Chancellors Ridge, or Huntington Ridge.

First-time buyers looking in Durham will want to check out our first time home buyer resource page for great tips about home buying.

Durham is a core part of our region, the Research Triangle area. Durham is in Durham County, which is north of Wake County, NC. Durham is neighbored by the communities of Chapel Hill, Raleigh, Morrisville, Hillsborough, Bahama, Butner, and Creedmoor.

As part of the Triangle area, Durham is only a few hours of travel from awe-inspiring mountains and beautiful beaches.

Durham is a unique community. It’s an eclectic blend of southern charm, friendly neighbors, and city living. Residents love the melding of culture, history, growth, and opportunity. It truly is a wonderful place to live, work, and play!

People from across the Triangle flock to Durham for work and to experience the fantastic dining, shopping, and recreation it offers. Here are a few reasons why we love Durham.

You'll Probably Love Durham If You're Looking For...

Durham families enjoy a variety of school choices. The public schools are managed by the Durham Public School system, which offers an incredible number of programs, services, and opportunities for students and families.

Some Durham residents take advantage of the highly-rated public charter schools in the area or choose one of the hundreds of private schools located in Durham.

Durham is also home to the North Carolina School of Science and Mathematics, which is the nation’s first residential STEM focused high school.

Many people start their home search based on certain school districts. We worked long and hard to put together a home search feature that now will allow you to search for homes for sale by school location. Having access to quality education is key and Durham offers a variety of great opportunities for everyone.

Getting Around: A Few Minutes From Everything

Going from A to B in Durham is an absolute breeze! In fact, the average commute time in Durham is under 10 minutes!

Like most of the Triangle, Durham is considered “car-dependent,” but public transport is available and plenty of people walk and bike.

GoDurham offers public transportation services for Durham. This convenient service even offers a free app, the Transloc Rider, to locate the closest bus stop and routes, and see buses in real-time. 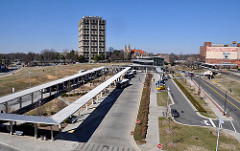 Many small businesses call Durham home as well, and there is a vibrant entrepreneurial spirit here.

In fact, Forbes’ has ranked Durham as one of the top 10 Best Places for Business and Careers.

Residents of Durham love the many parks, trails, and green spaces found throughout the city. Durham Parks & Recreation manages 68 parks, which includes 3 dog parks and numerous trails and lakes. Plus, they offer facilities and programs for aquatics, fitness, active adults, child-care, and more.

Located in the heart of Duke University, The Sarah P. Duke Gardens offers 55 acres of specialized gardens visited by more than 300,000 people from around the world each year. Best of all, this award-winning attraction is FREE. 420 Anderson St. Durham NC 27708 Visit Website

Ranked as the #4 theater in the U.S., DPAC is the place to go in NC for live entertainment. From Broadway shows to concerts to comedy, there’s always something to see at DPAC. 123 Vivian St. American Tobacco District, Durham NC 27701 Visit Website 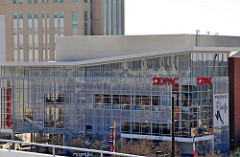 Not your average museum, the Museum of Life and Science is an amazing 84-acre interactive science park which includes a large science center, a beautiful butterfly conservatory, and over 60 species of live animals. 433 W. Murray Ave. Durham NC 27704 Visit Website

In Durham, you’ll find plenty of options for food. No matter what your taste buds are craving, there’s a highly rated restaurant or a delicious food truck ready to serve it up. Out of Durham’s many, many great restaurants here’s 3 of the best:

Recently recognized as one of the nation’s top diners by Tasting Table, this is the go-to spot for breakfast, lunch, and dinner. Service is fast and friendly, and they serve breakfast all day. Whatever you choose on the menu, you won’t be disappointed. Plus, it’s located on popular Ninth St., which is also home to shops and other great restaurants. 776 Ninth St. Durham NC 27705 Visit Website

Delicious BBQ is a must on any best places list in the Triangle. Backyard BBQ Pit in Durham is consistently ranked as one of the best places for BBQ. Once you go, you’ll find yourself craving it later...it’s soooo good! 5122 NC Hwy 55 Durham NC Visit Website

Durham has a rich history dating back to before the Revolutionary War. It remained small though until the late 1860’s. Durham's growth took off after the Civil War with a thriving tobacco industry. You can see this today in the historic buildings and smokestacks of the American Tobacco Campus. Historically, Durham industry was built on tobacco, textiles, and agriculture. 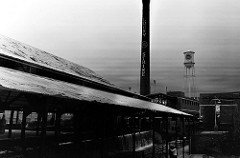 Durham is in the midst of a revitalization. Old tobacco buildings are now swanky loft style apartments, and trendy spots such as farm-to-table restaurants and microbreweries have popped up around the city. Old buildings are being renewed, new high-rises are in the works, and Durham has remade itself into a tech and research hub.

A Few Of Durham’s Many Accolades

We’ve already established that Durham, NC is a great place to live, work, and play. As such, Durham and its businesses have racked up an impressive list of accolades. These are only a sample of the most recent:

Looking to buy a home in Durham? Give our local Durham team of skilled and knowledgeable real estate agents a chance to assist you with the purchase of your new Durham home. Our expert team of local Realtors® understands the ever-changing real estate market of Durham real estate.

If you need assistance selling your Durham home our Durham real estate agents are available around the clock to give you the best information about the current market and value of your Durham home. Please contact Duncan Prime Realty to speak to our home selling specialists to learn more about selling your home in Durham.

15 Nov 2022
Durham Condo Buildings With The Best Amenities
If you’re searching for a new condo with top amenities in Durham, you don’t have to look far. Some of these buildings are packed with added extras, from secure parking to some condo buildings with swimming ... Read More
1 Nov 2021
Top Private Schools in Durham, NC [2022 Edition]
Flanked by some of the nation’s top research universities, the City of Durham is certainly no stranger to highly ranked educational institutions. This includes some of the schools geared toward younger students living ... Read More
31 Oct 2019
Durham's Top Neighborhoods For Searching Historic Homes
Durham is a perfect place for historic home hunters. There are a dozen historical neighborhoods all with their own distinct characteristics. If you’re searching for a historic home, below are 3 of the areas to put at ... Read More
31 Aug 2019
A Look at Where Buyers Will Find Durham's Priciest Condos of 2019
While condos in Durham are often affordable and can be a great entry-level option for many first-time home buyers, some buildings in town have jaw-dropping units with jaw-dropping price tags to match. Here's a closer look ... Read More
4 Aug 2019
Durham’s Most Walkable Neighborhoods
Walkability has becoming significantly more important to modern day home buyers, and especailly among young and first time home buyers. So if you're planning an upcoming home search in Durham and being close to shopping, ... Read More