Welcome to the home of UNC, Tar Heel Country!

Given its history as home to UNC, one of the major upsides to living in Chapel Hill is the culture. The downtown area still has a quaint small-town feel, but many of the buildings have unique murals painted on the side. A host of events, festivals, and fairs are held around downtown all year.

In addition, Chapel Hill has new urbanist village communities that promote walkability and eco-friendly green space. These include Southern Village and Meadowmont.

Many Chapel Hill, NC homes for sale offer home buyers a broad range of desirable options. In fact, Newsmax Magazine ranked Chapel Hill number 3 on the list of “Top 25 Most Uniquely American Cities and Towns," so its appeal is definitely off the charts.

Some of the area’s premier subdivisions include Briar Chapel, Gimghoul, Governors Club, Stoneycreek, and Franklin Hills.

There’s also a wide variety of communities and condominium/apartment complexes that offer more affordability. If it’s an attached, maintenance-free property you’re truly after, we recommend checking out Abernathy Place, Columbia Place, or the townhomes at Claremont.

The Chapel Hill, NC real estate market is one of the most diverse in the state. If you’re in the market for a new place to call home in Chapel Hill, contact Triangle housing expert Brandon Duncan with Duncan Prime Realty at (919) 808-2001. He'll gladly help you navigate all your real estate options!

You'll Probably Love Chapel Hill If You're Looking For...

Where is Chapel Hill, North Carolina?

Chapel Hill is located primarily in Orange County NC, but a small eastern portion is located in Durham County NC.

The cities and communities near Chapel Hill include: Cary, Durham, Hillsboro, Carrboro, and Fearrington.

Since it is part of the Triangle area, which is centrally located in NC, Chapel Hill is within driving distance of gorgeous mountains and beaches.

Since its founding, the city itself has grown around it. According to the latest population estimates, 58,424 people now call Chapel Hill home on a full-time basis. During the school year, however, the city swells with students.

Chapel Hill makes up one of the 3 corners that define the Research Triangle, with Durham and Raleigh being the other two. Although it’s one of the central cities for this renowned part of the state, Chapel Hill is still only the 16th largest municipality in North Carolina.

"(This mindset believes) that all children can learn at much higher levels, that intelligence is not stagnant, and that there can be growth – significant growth – of all of our children given the right kind of instruction, with effort on the part of the students, effort on the part of our teachers, and the right amount of time to learn" ~ Dr Tom Forcella, former Superintendent of CHCCS on the Growth Mindset

Parents may also choose private education, or one of the highly-rated charter schools in the area. View Chapel Hill Schools here!

Though still considered "car-dependent" Chapel Hill is one of the highest-scoring cities in North Carolina for walkability. The most walkable neighborhoods in Chapel Hill are Downtown and Meadowmont. 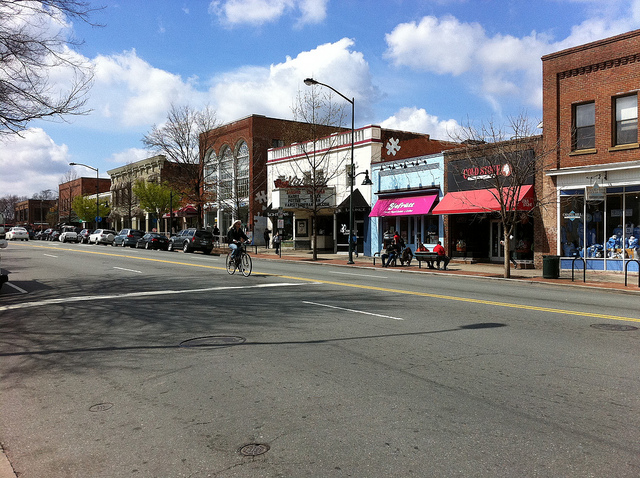 Biking is a popular transportation option in Chapel Hill, which has an extensive greenway system connecting neighborhoods and destinations.

Chapel Hill is only about 20 minutes from Raleigh-Durham International Airport, so you can go anywhere in the world!

A number of companies call Chapel Hill, NC home. The biggest employers are:

There's also a lot of small businesses in Chapel Hill. Entrepreneur Magazine has named Chapel Hill as one of the Top 10 Places To Start A Business. 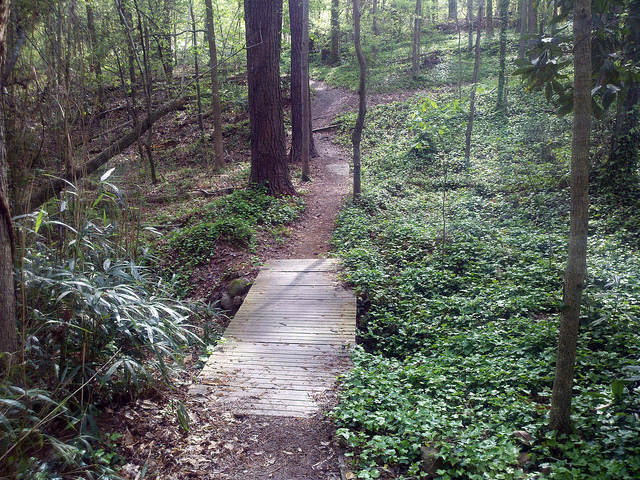 Nationally regarded for excellent quality of life, Chapel Hill's Parks department is a big part of what makes living in Chapel Hill desirable.

Not only do they maintain many parks, pools, greenways, and green spaces, but they also offer cultural activies and recreation programs for all ages.

One of the largest and oldest planetariums in the country, the Morehead Planetarium is home to exhibits, the Science Stage, and the fulldome theater. Plus, it's on Franklin Street, which is a great place to visit on its own.
Location: UNC | 250 E. Franklin. St., Chapel Hill, N.C. 27514
Visit Website

Showcasing a permanent collection of over 17,000 works of art, the Ackland Art Museum features European masterworks, contemporary art, Asian and African art, and local pottery. There are also programs for all ages throughout the year. Best of all, admission is FREE!
Location: UNC | 101 S. Columbia Street Chapel Hill, NC 27514
Visit Website

Whether you're a Tar Heels fan or not, if you enjoy college basketball, you will enjoy the Carolina Basketball Museum. Even reviewers who aren't big sports fans rave about the basketball museum. Plus, it's FREE!
Location: UNC | 450 Skipper Bowles Dr. Chapel Hill NC
Visit Website

Named one of "America's Foodiest Small Towns" by Bon Appetit, Chapel Hill offers an eclectic mix of delicious eateries and nationally acclaimed restaurants. People move here just for the food, so as you can imagine there are a lot of phenomenal, award-winning restaurants here. These are the most highly rated by onine reviewers:

You can't go to Chapel Hill and not stop at the Med Deli. It's a local favorite... for good reason. The food is fresh, healthy, and consistently delicious.
Location: 410 W. Franklin St Chapel Hill NC 27516
Visit Website

You know it's a dive when "shack" is in the name, but some of the world's best eats can be found in dives like this one. Of course, online reviewers rave about their burgers, including the veggie burger.
Location: 516 W. Franklin St. Chapel Hill 27516
Visit Website

Founded in 1819 to serve the University of North Carolina, Chapel Hill grew up around the university and maintains a small college town vibe. 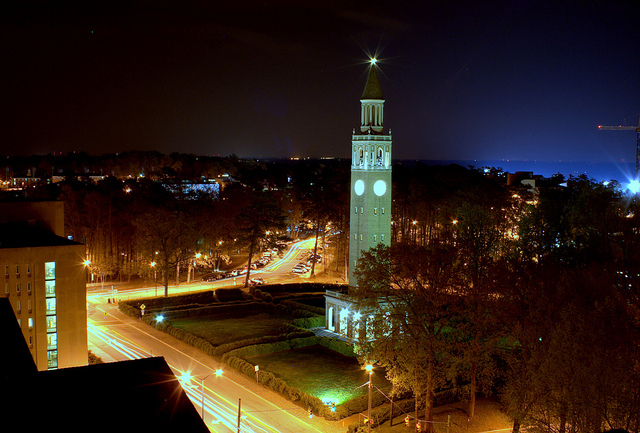 Chapel Hill is routinely rated as a great place to live, work, and play. Here are a few of the town's most recent accolades: