The Complete List of the Triangle Area's Best Craft Breweries 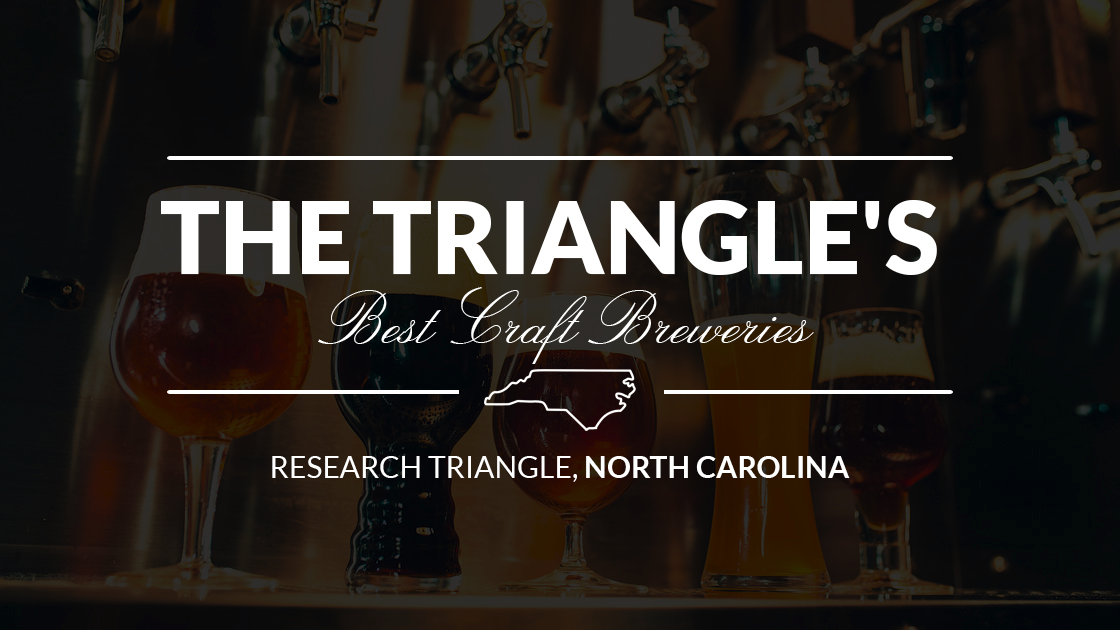 Although North Carolina’s Research Triangle is world-renowned for its universities and research facilities, it’s also a place where you’ll find a growing craft beer scene that’s quickly becoming tops in the nation.

As recently as 2018, Hop Culture named the area one of the top beer destinations in the country and with over 20 craft breweries and counting, there’s truly something for just about any beer or cider drinker out there. As the list of Triangle Area breweries continues to grow and evolve, we’ll regularly update our brewery guide below.

But for now, here’s a closer look at just some of the ones we feel every beer enthusiast needs to check out…

Aviator Brewing Company tops our list simply because it’s of North Carolina’s best. The original tap house first opened up back in 2009 inside the old Varina train depot and in 2011 the Aviator SmokeHouse debuted to compliment the tap house located right across the street.

Along with beer and BBQ, the brewery also serves up some of the best pizza in Fuquay-Varina, completing the trifecta of 3 of our favorite things: craft beer, yummy pizza, and authentic American BBQ.

It’s finally sunny outside! ☀️ Brave the cold and join us today, we are open 11AM-3AM.

Established in 2012, White Street Brewing Company is an award-winning brewery with a taproom located in the heart of Wake Forest, North Carolina. Currently, their line-up includes Kölsch, a crisp and refreshing Kölsch-style ale; Hoptastic, a juicy India pale ale with lung mango and peach notes; Meridlum, a rich, warming Belgian-style ale with fruit flavors and a subtle clove finish; Hoptimist, a West Coast India pale ale with fresh citrus aromas and an absurd amount of west coast hops; and Tanged Oaks, a smooth, Scottish-style ale with a rich mahogany color and malty character.

It’s finally sunny outside! ☀️ Brave the cold and join us today, we are open 11AM-3AM.

Ponysaurus first opened its doors back in 2015 and its been a local favorite ever since. Their popular “Don’t Be Mean to People” brew was specifically marketed to bring awareness to the state’s passing of the HB-2 Bathroom Law and how it impacted transgender communities all over and their beer garden might just be the best outdoor setup of any local brewery in the Triangle.

Trophy Brewing Co. is probably a Triangle brewery you’ve heard of given it has three separate locations in Raleigh. The seasonal beer list at Trophy is among the best in the area and their pizzas also make this a great spot for a casual dinner. The production facility will always have 12 beers on tap and a few of our favorites include Mort’s Trophy Lager, Trophy Wife, and the Milky Way.

Widely considered one of the more unique breweries in the Triangle Area, Brewery Bhavana not only features 40 taps but also a unique dim sum menu, a bookstore, lots of greenery, and a casual setting that feels much more like a modern restaurant than a craft brewery.

That said, the space is still quite cozy and intimate with plenty of natural light beaming inside to brighten up the entire taproom.

The historic town of Cary is one of the most desirable places to call home in the Triangle and located right on the edge of downtown is Bond Brothers Beer Company, a local brewery that was once named the Best New Brewery in the County by USA Today.

As you might expect, the beer selection is extensive and the dog-friendly taproom and outdoor beer garden help make this a wonderful place to try out any of the 14 different beers they have on tap.

Are you planning to buy or sell a home in The Triangle Area? Contact Duncan Prime Realty, The Triangle's local home and condo experts, for help navigating the current market conditions. Call or text (919) 328-3777 now to schedule a showing or discuss what your home is worth on today's market.